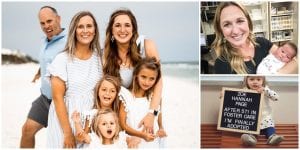 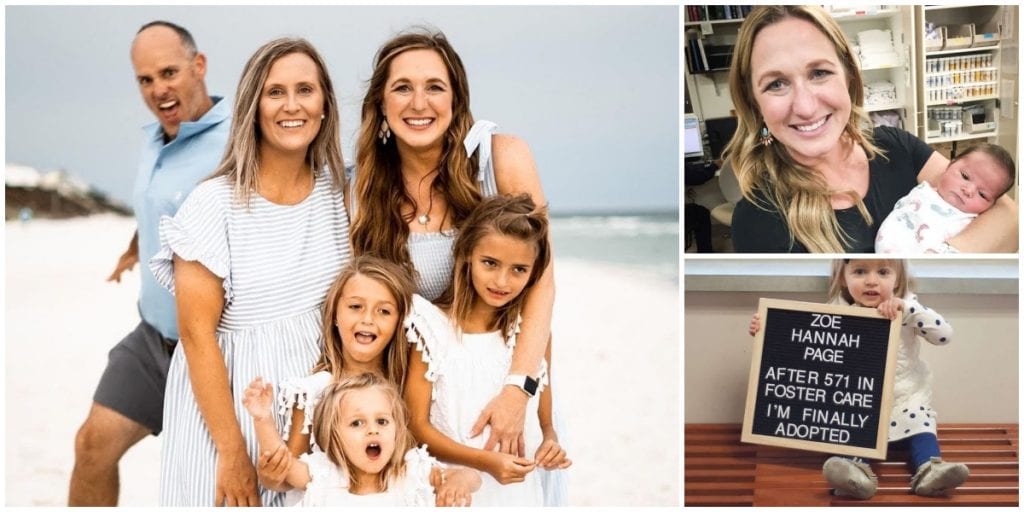 The foster care system in America is under great strain, and there is a dire need for people to open their homes and their hearts to children in need. Often times children are abused and neglected, but in some extreme cases, babies are left at the hospital with no trace of the parent. Katie Page from Parker, Colorado, was about to embark on a new journey in her life as she got divorced and wanted to make a career change. She wanted to foster or adopt a few children to join her on this new chapter, but little did she know that her life was about to change irreversibly, in more ways than one. Have a look at Katie’s unbelievable story below.

Katie Page was in her 30s when she got a divorce from her husband. She had been going through fertility treatment too, but unfortunately, nothing was working. The universe had other plans for her; she just didn’t know it yet.

Katie moved into a new house in Colorado and was about to make a big career change too. Deep down, she knew that being a mother was top of her bucket list, but she would have to go about it as a single mother.

Being a 30 something divorced single mother is never easy, and it took a lot of encouragement for Katie to make this choice. Her pastor suggested that she looks into foster care to see if she will be able to adapt to this new way of life.

She did lots of research into the whole system and attended meetings to learn as much as she could about fostering a child. By 2016 she had successfully fostered 4 children who have all gone on to live in loving homes.

“Foster care was a small step into motherhood that allowed me to give back and test out if I really could do it all on my own without a significant other,” Katie said. Katie learned of a baby boy that had been abandoned at the hospital.

Katie had some doubts, but after taking in the little baby, she knew what she had to do. “I was not sure when I began fostering whether or not I would adopt, but obviously, when Grayson was born, that quickly became what I wanted most.”

At first, Katie was fostering the baby, and she had named him Grayson. He lived with her for more than 11 months, during which times the courts were looking for his biological parents. They failed to track them down, which meant Grayson could officially be adopted.

The court made the decision and ordered that Grayson’s biological parents no longer had a say in the matter, and Katie was able to take him home as an official member of her family. On May 25th, 2017, Grayson became Grayson Page.

Katie was settling into her new life as a single mother of one, but no less than 2-weeks later, she got a call from a caseworker that had “fate” written all over it. There was another baby in need coming from the same hospital that Grayson was born in.

This time around, the baby was a little girl. “Over the next 10 minutes and subsequent phone calls I made that afternoon, the phrase ‘I know I am crazy, but God is telling me to say YES’ kept coming out of my mouth.”

It wasn’t long before the new baby was taken to Katie’s house. The baby was called Hannah, and she too was left at the hospital, with no trace of the mother.  She was a tiny baby, and just like Grayson, she had been exposed to methamphetamines in utero.

But it didn’t take long for Katie to notice something very peculiar. Not only did both Grayson and Hannah come from the same hospital under the same circumstances, but both of their mothers had the same name. Coincidence? She thought, not.

Katie did some digging, and after lots of searching, she discovered that the two babies were, in fact, siblings. “When I found out they were [related], I was shocked,” she said. This was a once-in-a-lifetime happening, and Katie was over the moon.

“I was extremely excited and grateful that I might now have the opportunity to learn more about Grayson’s family and how he came into the world. I couldn’t imagine a better gift in this world than to be able to give Grayson a blood relative to grow up with.”

She instantly knew this baby needed to be adopted by her. It was a battle she was prepared to fight, and she knew it was not going to be easy. “With the help of amazing attorneys and caseworkers, we made it through what could have been really difficult,” she said.

“It was scary at times trying to navigate the unknown, but everything ended up as we hoped in the end. The caseworkers, guardians, and I all cried in celebration the day she joined our family forever.” Katie was overjoyed to share this news with the world.

Katie tracked down the mother of her two children. She wrote on her blog Wood + Grace: “Grayson is half African American with beautiful darker skin and dark curly hair. Baby Girl has a pale white skin tone with straight red-blonde hair.”

They might not have looked the same, but she knew they were related. The mother confirmed Katie’s suspicions and confessed that she had given birth to a boy before she delivered Hannah. Katie also had DNA tests done which showed that the children were, in fact, related by blood.

Katie wrote in another blogpost on Wood+Grace: “What if Baby Girl had gone to another family?”. “We would have never found her or Grayson’s mother. The connection would have never been made! I could not believe the miracle that had just happened.”

It took Katie nearly two years to finalize everything for Hannah to be adopted officially. It was finalized by December 2018. “That day, I said ‘Yes’ to taking the Baby Girl. I felt the strangest feeling ever. I don’t think I had truly, until that moment, felt an undeniable calling from God (or whatever higher spirit you personally might believe in).”

Katie had settled into her life as a single mother of two and loved every moment of it. She said watching her children grow up has been the best part. “Their battle is harder than many other children, so when I see them take that first step or speak a word, it is truly so heartwarming and rewarding,” she said.

“Grayson did not walk until he was almost 2.5 years old, so I cherish every time he stumbles towards me and says ‘Mama.’” But Grayson and Hannah were not the last kids that would call Katie “mama.” She soon got word of a third baby.

Katie heard that the children’s 1-year-old brother was also up for adoption, and she had to step in once more. “The minute I held him, I was so overjoyed,” Page told Good Morning America of meeting Jackson. “I said, ‘This is their brother, this is their family.’ “

[With Jackson] she gave false information again, and he was going to go with another foster family until the caseworker stepped in,” explained Katie. “When Jackson came along, I just felt the best I could give him are his family and siblings that he identifies and feels connected to.”

On the 25th of June 2020, Katie officially adopted Jackson. Due to the global pandemic, the proceedings were not done in a courtroom as per usual, but Katie had to do it over a video conference. This did give the opportunity for relatives to join who might live far away.

Thirty people were able to attend the video conference. Amongst those on the call were Kaci and Dustin Whitney from Florida. They, too, are adoptive parents of two beautiful girls EadyGrace and Taylor. These girls also share a special connection with Katie’s 3 children.

Grayson, Hannah, and Jackson have 2 older sisters too! EadyGrace and Taylor were adopted by the Whitney’s before the three of them were born. “We did not know about Grayson until we were told it was too late, and he had already been adopted. There was not much information on him,” Kaci said.

Someone in their family told them about their daughters’ siblings. We kind of had a feeling, an intuition, that [they] had siblings. We had found out about Grayson and Hannah the same day.” They felt like they wanted to intervene.

Upon hearing that EadyGrace and Taylor had another sister, Dustin and Kaci wanted to intercept. They wanted Hannah to be part of their family. “As moms, you feel like you have a duty to say, ‘Hey, we fought for you,'” Kaci explained. “It didn’t work out how I thought, but it worked out how it should.”

Dustin added that: “It’s about fighting for them to stay with their siblings.” The kids have all met and even did an adorable family photoshoot on the beach together. “The bonus is Katie [Page] is like a sister to us now,” says Dustin.

Katie now does a lot of advocating for adopting and fostering children. She has recently added 2 more children to her family that she is fostering while they are waiting for their new families. She wrote on her Instagram that she might take a break after these two leave.

“There are thousands of children around the world in people’s own communities and neighborhoods that need homes and deserve a family to love them. If people feel called and have the capacity to help a child, I believe it is one of the most rewarding life experiences you will ever have.”